BlockPunk has teamed up with Japan’s no. 1 platform for commissioning independent illustrators, GIKUTAS to bring you exclusive artwork and merch from 10 of Japan’s leading indie artists. In this olympic year, the theme of this collection is “Inspired by Sports” Each artist has chosen a sport and an inspirational motto.

Each exclusive artwork for BlockPunk will be available as smart art prints, smart apparel and our own brand Production FC shirts. Each item comes with extras and digital certificates secured on blockchain.

Below are the Artist names, the sport and the inspirational motto. 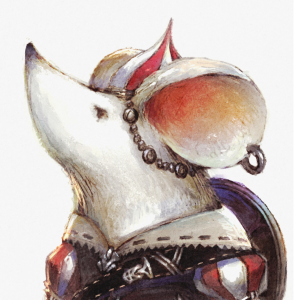 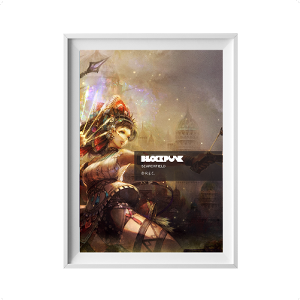 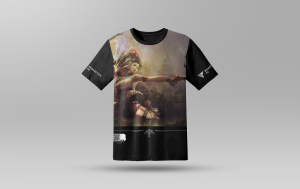 【Rifle Shooting】 x 【Inspiration 】
I started with a character posing to create a powerful image. I like to do decorative design in my art and wanted to reflect that in this artwork. I drew the colour, the air, the atmosphere and then proceeded with the detail to finish the visual. 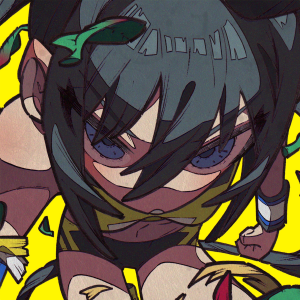 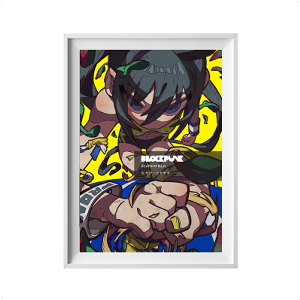 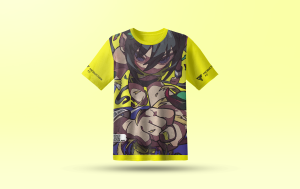 【Athletics】 x 【Leap Forward 】
This piece is really named ‘leap’ subtitled ‘forward’ Since the theme was Sports and an inspirational motto, I wanted to capture the moment you leap out of the starting blocks at the beginning of a sprint. Forward also means moving into position to win. I personally would love people seeing this illustration to feel the dynamism of sports. I put all these thoughts into this artwork and hope you enjoy it.

About ヤヤ・ヒヤヤカ (“Yaya Hiyayaka”)
I usually make illustrations for fun and post them on my personal Twitter and Pixiv accounts. It's quite rare that I create illustrations professionally so when I take the opportunity I put my heart into it. 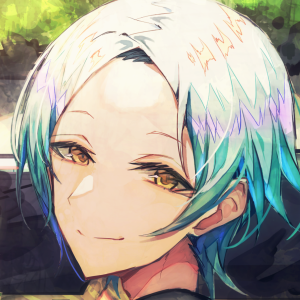 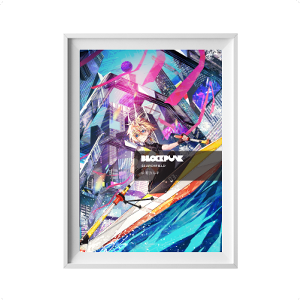 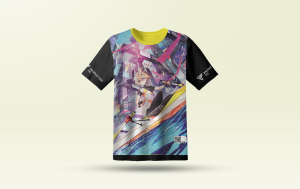 【Kayak/Canoeing】 x 【Courage 】
My sports theme was boat sports like canoeing or kayaking. It’s a fast-moving forward motion sport so I wanted to convey a bright and positive image. In addition I wanted an image that would lend itself well to all kinds of goods and merchandise.

About 村カルキ (“Mura Karuki”)
I'm a freelance illustrator living in Chiba prefecture in Japan. I graduated from a college specialised in illustration arts and then worked at a design firm specialised in graphics, artwork and backgrounds for social game apps for 3 years until September 2014. I am now freelance and can explore many different domains in my work such as books, print, trading card games, in addition to social game apps. Some of my credits and titles representative of my work include 【シャバの「普通」は難しい】the manga "Shaba no futsuu wa muzukashii"、【塗り事典BOYS】Reference illustrator book "Nuri Jiten BOYS"、【PSO2es】game apps "Phantasy Star Online"、【イドラ】and "Idola" 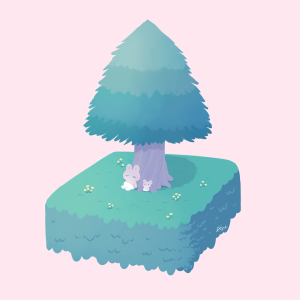 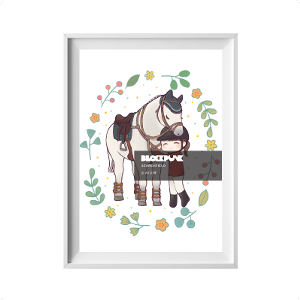 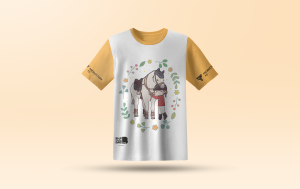 【Horse Riding/Crossbow】 x 【Team Bond】
With the sport of horse-riding and the theme of ‘team bond’ the most important thing is the trust and communication between human and horse. I wanted my illustration to convey the warmth and feeling of mutual support in this unique sporting relationship.

About 鮎(“Ayu”)
I specialise in creating soft and dreamy characters, creatures and animals. I aim to create images that are heart-warming and kind. 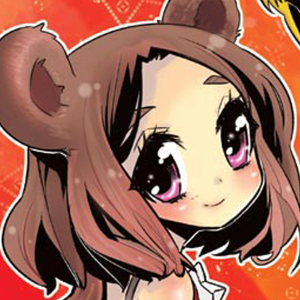 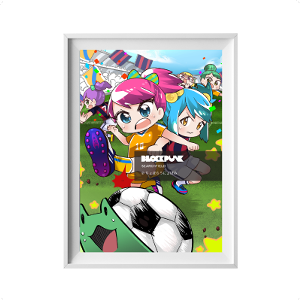 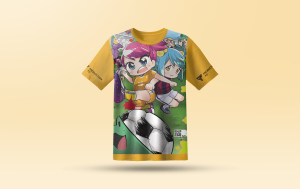 【Soccer】 x 【Winning Feeling 】
That moment a goal is scored in soccer, the rapture of the crowd in the stadium. I tried to recreate that winning feeling in this artwork in my own personal way.

About ちょぼらうにょぽみ (“Choborau Nyopomi”)
My main gig is creating 4-frame manga specialised in surreal comedy but being a mother of 1 child I also create heart-warming, heartful stories in manga. Some of my continuing series include "Aimaina-" ("So Ambiguous) and "Fushigi na Somera-chan" ("The strange Somera-chan") My manga "Jakusansei million a-sa-" ("A million slightly acidic Arthurs") was adapted into an anime series." 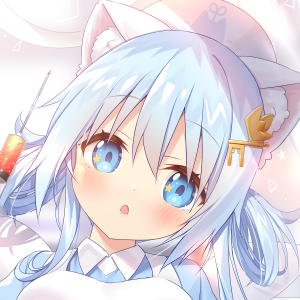 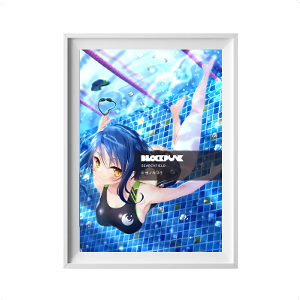 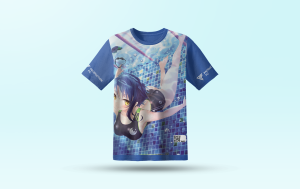 【Swimming】 x 【In the Zone 】
The imagery of water from inside a swimming pool is very beautiful in my view. I imagined a young female athlete in the zone surrounded by this imagery enjoying her swim.

About 夜ノみつき (“Ya no Mitsuki”)
I'm an illustrator living in Hokkaido. I create art and covers for light novels, social game apps and trading card games amongst other art and design projects. I love animal ears and blonde hair. 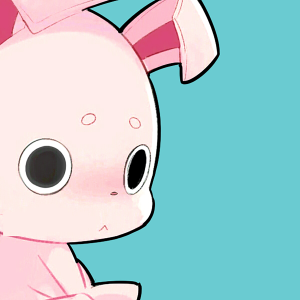 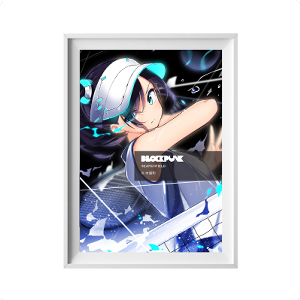 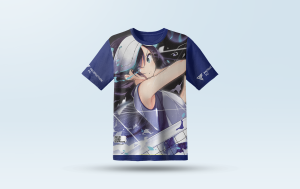 【Tennis】 x 【Personal Best 】
A snapshot of that moment just before the backhand is smashed, with all the energy pent up. I tried to convey all the soul that is hidden behind the quiet expression on an athlete's face 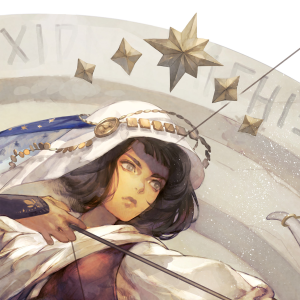 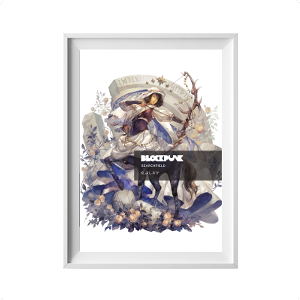 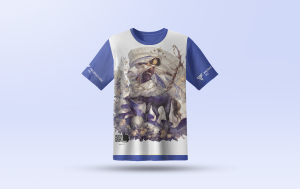 【Archery】 x 【Determination】
I drew an archer with a determined gaze aiming at the target. I imagined the character as Sagittarius with a blue night sky as the background.

About よしおか (“Yoshioka”)
I love stories and imagery from the Otogi period of Japanese medieval history and that inspires my art. 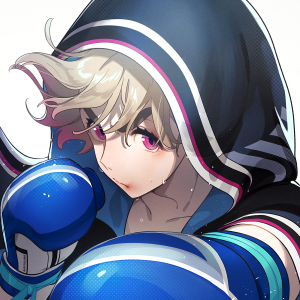 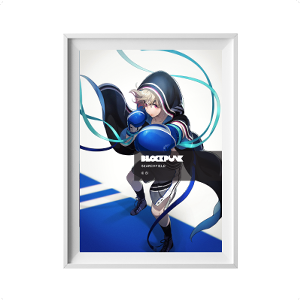 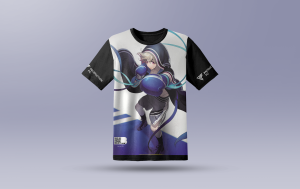 【Boxing】 x 【Focus】
On the theme of boxing, I created an image of the fighter looking straight at his opponent with a focused, intent gaze.

About 81
I'm a full-time salaried illustrator. I usually create images and illustrations of cute girls. 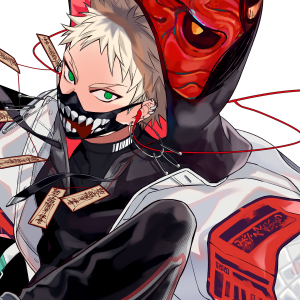 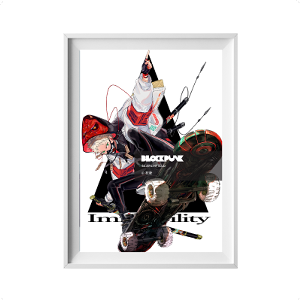 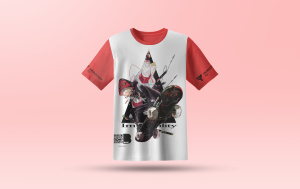 【Skateboard】 x 【Steel Resolve】
On the theme of being steadfast with a steel resolve, I imagined a triangular Truss structure. As a sports motif, I tried to express the unwavering resolve of a skateboarder gesturing the number ‘1’

About 枝藤 (“Eda fuji”)
I'm an illustrator living in Tokyo. I create illustrations of male characters and sometimes write manga.